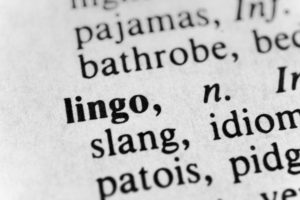 Linguistics is concerned with who says what to whom, and why. Why do groups of people adopt their own manner of speaking? There are many answers.

Is sloppiness in speech caused by ignorance or apathy?  I don’t know and I don’t care.

I admire John McWhorter so much for the breadth of his accomplishments, his accessibility to the media, his eloquent lectures.

I recently saw a video clip in which he pegged Trump’s speech as characteristic of primitive humans just getting their “language chops” together.

That sounds plausible: we started off with basic naming, no extended discourses, and simple, unembedded, unconjoined utterances. Minimal connectivity or coherence between utterances.  I can just imagine it: Trump fitting right in, in 50,000 BCE, assuming they spoke English.

The best sometimes get it wrong

But even the greatest quarterback throws an interception, and even the esteemed Professor McWhorter occasionally gets it wrong.

This is the case with his recent Atlantic article, at https://www.theatlantic.com/magazine/archive/2019/05/why-young-adults-are-talking-like-3-year-olds/586000/

Let’s unpack that, as they say in the media.  One linguist to another: where is your data coming from?  I watch a lot of cable news, hear many different people from various backgrounds talk spontaneously in informal contexts, and I have never heard any of the items the author mentions.

Who does he hang with?  Babies, snowflakes, butterflies, i.e., frail and hyper-sensitive college students, some of the very people he says pepper the language with infantile locutions.

OK, let’s allow for the limited data pool.  Some people around McWhorter are reverting to childlike lingo because they’re afraid of the present and the future. At one point in the article, he makes this very connection.

This does not enrich the language.  It is NOT a good thing.

A linguist looks at all the relevant linguistic and peri-linguistic data — in this case, the author’s unwillingness to judge the speech of people whose respect he needs.

I don’t care what my students and fellow politically-correct colleagues think of me.  I don’t have any.  I’m interested only in the truth.

And as we look for that truth, we note that attitudes about language and language change are important peri-linguistic facts, often influencing the development of language.

Another, related peri-linguistic fact is linguists’ view of language and language change.  We’re allowed to have opinions.  I, for instance, will never say hone in on.

An expert’s opinion carries some weight. But on what are those opinions based?  Fear of reprisal from the baby-talk-spouting people around me?  Or are they based on “good for the language” — i.e., facilitating communication — or “bad,” introducing confusion, most of which is eventually resolved?

Example: In an old Wall Street Journal cartoon, a boss is telling an underling, “You’ll never get anywhere around here, Fassler, until you start using ‘impact’ as a verb.”  And indeed we now do.

It’s a solution to the problem of affect/effect, each of which has two meanings.  One of the more frequent ones — to affect = ‘to influence’ — got attached to verbal impact.

The Atlantic article gave me misgivings — baby talk is a good thing? — which became more pronounced as the weeks went on.  Finally, the point seemed obvious.  If I’m right, I’ll bet someone else will articulate it and get it printed.

That is what happened.  The following appeared in the Letters columns of the July 19 issue:

I don’t think the slang terms and manners of speech that the author of this article mentioned should be celebrated.  “I get paid a crummy wage because capitalism” is not only grammatically incorrect– it also suggests that one should believe that capitalism is the source  of the person’s crummy wage, without looking more deeply into the issue.  What then happens is loss of inquiry as well as a lack of understanding of the very language we speak.

Right on!  Does anybody see the connection between this and McWhorter’s assessment of Trumpspeak? “I no like Ogg because rock!”  Does he want to go back to 50,000 BCE?

There’s not even an of after because before the final noun, a gesture towards causality.  That would require thought as to what the causal relationship is.

Children make up words and play linguistic games to race toward the future and maturity.  Adults use the same “cute” exercises to back away from that future.

As for “good” and “bad” change, the objective linguist, uninfluenced by the politically correct culture in which he is nestled, can say only that change does or does not facilitate communication.

If part of the population uses infantile expressions but the adult world does not, the baby-talk-speakers are going to be disadvantaged — actually, further disadvantaged, since ubiquitous addictive media have already crippled their next-level language competence, including the ability to create and process complex sentences and longer texts.

Each day brings us closer to Idiocracy, partly because politicians — also marketers and clergy, but mostly politicians — continually dumb down their language for maximal emotional effect, so that they spout only meaningless, good-sounding words (that’s a brief definition of BS).

Meanwhile, the “forgotten Americans” and the “woke” faction continue to talk past each other, with radically different views of reality.  Someone should identify and critique all the language abuses and stand up for linguistic civility, sophistication, and common sense.

Award goes to the Left

For fighting dirty, I would have to hand it to the Left, the liberals, the Democrats, the universities.

These are the centers and purveyors of language abuses, including, but not limited to political correctness, narratives of white oppression/privilege; vilification of America and Western culture; gratuitous Nazi allusions and other reckless name-calling (the “concentration camp” debate will not go away any time soon, nor should it); hate speech; a multiplicity of gender pronouns; trigger words; safe spaces (and from the right, alternate facts; fake news) — these are all linguistic issues.

If Prof. McWhorter is not speaking out on them, he should be.

Cut out the baby-talk

And let’s cut out the baby-talk.  If our language-producing abilities atrophy, then so will the thought processes that underlie them.  Idiocracy is coming soon enough.  Let’s not hurry it along.  #languagechange  #languageabuse