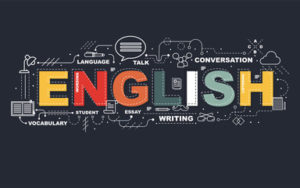 The many aspects of English

The attitudes and prejudices of speakers towards various languages and dialects is important “peri-linguistic” data.  They may influence the development and differentiation of language itself.  Or they may not — just voices in the wind.

Thus, when a major, even venerable magazine, Harper’s, publishes an essay “Semantic Drift” by Lionel Shriver, it deserves critical attention.  I have seen many such pieces before — a pseudo-expert bitching about linguistic developments he doesn’t like.

Granted, he’s enough of an expert to know that linguistics exists and that its basic concepts include “performative” verbs.  Recently — this is one of his complaints — the term performative has acquired another meaning, ‘insincere, done just as a performance.’  He’s worried that the additional meaning will impede communication, but I disagree, since the contexts for the two are quite different.

He presents a grab-bag of linguistic changes and variations which have this in common: ”they drive me crazy.”  Lionel, get a grip.  Language change is ongoing and unavoidable.  It can be documented, with all the print and audio out there.

But it can’t be predicted.  It can start anywhere, with an influential group or even an individual. Who first said hone in on for home in on?  Some changes are fads; others become part of the language.

It involves subtle shifts in countless interactions between speakers — in meanings, sounds, grammar…all simultaneously in flux.  And yet we understand each other (sort of) if we are speaking the same language,

Change spreads in unpredictable ways, often driven by technological change,  I would never have guessed that someday google would be a verb.

My wife got me a 2020 calendar with one “Forgotten English” word or phrase each day, plus some  history.  Monday it’s naufrage, ‘shipwreck’ (from roots meaning ‘ship’ and ‘break’).  And that’s just 300+ forgotten words. How many thousands more must there be?

As a linguist who has spent many years cultivating objectivity, I can roll my eyes at certain linguistic developments, then practice what I learned about observation, and let the change(s) unfold.

Shriver can’t do that. Let’s look at his list of insanity-driving items, with my comments on the potential of each one to wreck Western civilization (not much).  It’s mostly a grab-bag of purist/traditional complaints about the way the language is going, presumably downhill

noted the instability of whom, especially at the beginning of interrogative sentences.  It’s still around, especially near prepositions (…people for whom I don’t give a damn!)

(2) the diminishing use of the semicolon

Shriver’s complaint is that it’s being replaced by the em-dash — not altogether a bad thing.  I don’t see any loss in communication — the dash can separate closely-connected sentences, as I just did.

(3) no such thing as “correct English”

Linguists are on the fence here.  Their judgment may be clouded by politics.  Of course, every dialect has its set of rules, for everything from pronunciation to conversational turn-taking.  They are all equally worthy of study, as Sapir and other early linguists showed.

That doesn’t mean that they’re equally advantageous in society.  There is indeed a correct English, a series of phonetic, lexical, and grammatical rules one must learn in order to be among the literate classes — scientific, managerial, political, academic.

Linguists can’t pretend that an ethnic dialect, like African-American English, no matter how functional it is in its contexts, has the same claim to legitimacy as the English we hear on cable news.

This is not bigotry.  It is reality. Non-standard dialects will always be perceived as just that.   And there’s an objective point to be made: chances are that they are “restricted codes,” incapable of the kind of recursion, embedding, and other complex ways of rendering meaning, such as we see in the “elaborated code” of the standard dialect.

Some people run two sentences together with a comma, Lionel finds this especially infuriating. I just did that, but I find comma-splice perplexing: how can people not grasp the concept of an “independent clause”?

As a linguist, I want to see if there are grammatical and semantic reasons for it, involving the kinds of sentences that are spliced.

Sorry, Lionel, but I think it doesn’t impede communication and is probably ineradicable.

(5) nonplussed meaning both ‘perturbed’ and ‘unperturbed’

It happens.  Cleave means both ‘cling’ and ‘cut.’  Too rare to get upset about.

In each case, the word has undergone semantic drift from its historical meaning.  Decimate no longer has anything to do with ‘destroying a tenth,’ (the dec- part).   Too picky.

Speakers who use this locution, a hyper-correction by people over-drilled in beginning sentences with He and I (not Him and me…) carry over the you and I to where it doesn’t belong grammatically, and in doing so, they signal themselves as less grammatically sophisticated than those who got the old-school training in prepositions taking the objective case: It was given to him and me.  There is a decreasing number of us.

I find (7) more frequent today than between you and me.  It’s been around at least since I started studying linguistics.

People say “flassid,” because the sound suggests limpness, although the “correct” pronunciation is “flak-sid.”  Prediction: everybody pretty much says “flassid,” so the older form will remain marginal, grist for the “gotcha” grammarians.  Flax-what??

He’s right.  I haven’t seen the traditionally correct form — with match-up between an item in the phrase and one in the main clause, as in (b) — in, literally, years.  E.g.,

(a) not this: By cutting costs, profits will improve.

(b) but this:  By cutting costs, we will improve profits.

(c) or this: If we cut costs, profits will improve.

This one gives me a headache.  How can people get them exactly backwards?  His idea literally blew my mind.  Here literally does not mean to suggest a cerebral hemorrhage.  Rather, it seems to reinforce what follows: ‘…truly seemed to blow my mind.’

You’re supposed to never put a word between to and the verb that follows, as I just did.    Only because it wasn’t so in Latin.

A rule of enormous prissiness and stupidity, and I wish the writers on Big Bang Theory would stop giving Sheldon lines that disapprove of it and allow him to one-up other smart people.  There are many contexts where you have to really insert a word, as I just did.

(12) etymology and pronunciation of Jerry-rigged

Another flyspeck.  The various spellings sound the same, so no harm, no foul.

Shriver doesn’t like it if you as a writer, use a comma between subject and verb, as I just did.   I see a functional reason for it — marker of a grammatical boundary, especially with long, complex sentence-subjects.

The S/V is comma nothing new. It makes the 2nd Amendment problematic: …right to bear arms, shall not…..  Why is it there?  Just a pause signal?

The English language is doing fine, for such an incredibly complex array of shared cognitive and vocal processes that is constantly being acquired by children and foreigners around the globe.

The language is changing, no question, regardless of what Lionel or I may do or write.  You can watch it happen and determine whether it facilitates or impedes communication.

The accusation of “decay” is too vague to refute.  The only thing I would accept as “steady decay” is the progressive inability to attach names to things and to construct complex utterances — language getting simpler with every generation, until we reach English circa 25,000 BCE.  Nothing like that is happening.

English prose has indeed been getting simpler over the decades. Just try wading through an 18th– or 19th-century novel or essay.

But has the language become too simple?  Specifically: as the Great Attention Span Shrinkage continues, are more and more people losing the ability to process and create long, connected texts such as a regulation, an essay, or a technical article?

Even as grade-level language skills continue to deteriorate, some of us learn how to write and speak very well.

On one side, we have the over-complicators, who write laws and regulations and create incomprehensible financial instruments and other opaque documents.  Throw in the academics.  In some fields, opaqueness is its own reward, as evidenced by the meaningless gibberish that passes for scholarship in the “post-modern” humanities.

On the other side, the over-simplifiers: marketers, politicians, and clergy.  Feed us simple stories, magic solutions; press our buttons so that we feel the right emotions; prattle about “fake news” and “alternate facts” so, like the post-modernists, we treat meaning as a construct of politics, and anything can mean anything.

Everybody who’s irritated by language change and variation should realize that’s it’s going to happen anyway.  Yes, certain variations may belie a lack of education in (or failure to retain) the finer points of grammar.  That accounts for between you and i.

Nobody’s gong to retard language change, no matter how crazy you let it make you.  And you’ll go absolutely insane when you realize how much English has changed since written records were kept.

More different than most people think

I always chuckle when movies supposedly set in the Middle Ages have actors speaking with a British accent, as if that’s the way they spoke.   The fact is that none of us would understand medieval English, or any English much before 1700.

So the movies are faking it.   The English of Beowulf’s era (early Middle Ages) would be incomprehensible to us, as would that of Chaucer (died 1400).

Think about that the next time somebody splits an infinitive.