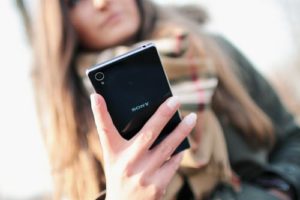 If language be not in accordance with the truth of things, affairs cannot be carried on to success.

I’ve spent a lifetime learning about language. As I pay attention, I continue to learn. Here’s a true story about something I recently learned about language. I call it “It’s the grammar, stupid.”

A couple of years ago, I was consulted by a Dr. Phil producer; she wanted me to opine on the likely national origin of a love-text smartphone scammer, the modern version of the old lonely-hearts con. Not surprisingly, it emanates from Nigeria, where, according to Dr. Phil, cubicles of scammers keep numerous women online or in constant text messaging with declarations of love and devotion. Sometimes there’s only texting. Sometimes there’s a picture. The scammer talks of marriage.

Thanks to the Internet, romance scams have exploded into a huge international business, Last year, Americans were bilked out of $143 million. Losses have increased fourfold since 2015.

But the far-off lover always needs money. Tons of it. Legal costs, bank fees, new computers, arrests, hotel and hospital bills, it never ends – and these pathetic women are driven to bankruptcy. And there are endless reasons why he can’t come to the US and meet her. How can someone send money to — and even get ready to marry — a person she’s never met and knows only by text?

And these guys are ruthless. They steal an online pic of a handsome man, and that’s who the lady falls in love with. Sometimes the actual person appears by video on Dr. Phil’s show to finally demolish the scam.

My opinion, just from a casual listening to poor audio, is on my site .

I became a fan of these “catfish” shows. In each one, Dr. Phil lets the deluded lady (usually a lady) spin out her erotomanic love-fantasy. There’s usually an outraged, frustrated family member present, typically the instigator of the Dr. Phil episode (because he/she has seen many similar ones).

In the second half of the show Dr. Phil dismantles the architecture of psychosis with fact and authority. Sometimes experts appear on the show. Producers visit supposed residences. They search records to disprove the scammer’s accounts of where he lived, went to school, and so on.. There are even producers in Nigeria to check his story in person.

On most shows, Dr. Phil is able to show that the scammer’s online poetic declaration of love was a direct lift from pigbusters.net or romancescams.org , sites that collect these fabricated love letters.  Sometime a scammer even copies the grammar errors in the original. The deluded lady just excuses this blatant plagiarism, just as she learned to ignore his broken English.

In one of these exchanges, I learned that broken English is a threshold criterion for scammability. So if the scammer is attempting to actually construct a sentence (“Why you no believing me, baby?”), as opposed to copy-and-pasting romantic texts he lifted from Internet sites, while masquerading as an American, an Englishman, or a citizen of some other English-speaking country — and the flaws cause no suspicion on the part of the lady (or are attributed to a “foreign accent”), the scammer concludes that she’s worth pursuing.

If the proposed mark questions his language, I would imagine the scammer would hang up, immediately. But if she can ignore the grammar, what else will she ignore and what other delusions is she capable of?

“Foreign accent” covers a lot of ground. It can mean something as simple as speaking fluent English with a few (or some, or all) of the sounds from the source language. But the term is considerably more complicated when we consider the millions of people speaking hundreds of languages, all trying to learn English, in various settings, with various degrees of success that extend to every aspect of the language – pronunciation, grammar, lexicon, intonation, idiom…all the way up to knowing conversational rules, expressing emotion, and encoding social relationships.

Sometimes the catfish lady tries to excuse the grammar by explaining that the “accent” was acquired when living in a foreign country or being raised by speakers who themselves had an accent.

These are remotely plausible scenarios, but they would not result in what we hear on the occasions when Dr. Phil is actually able to connect with the scammer by phone.

“Foreign accent” is a huge stretch when it’s used to refer to the many (and even primarily) ungrammatical., a-grammatical, or marginally grammatical utterance produced by NNS (non-native speakers) or “limited English speakers” from a hundred or more countries.

Ungrammatical utterances can be understood by applying one or more editing/conversion rules, as with Why you no believing me?  “A-grammatical” sentences require a lot more guesswork, including the supplying of missing function – or even lexical – words.

(Lexical words have meaning in themselves and are the vast majority of the vocabulary. Function words, of which there are relatively few, express relationships between the lexical words, e.g., because, when, for, to, if, and. Some linguists include pronouns – I/we, you, he/she/it/they – which have some meaning in themselves but whose full interpretation depends on the various people/entities already known or named elsewhere.)

We encounter partial English ability practically every day. We don’t even have to leave the house, as those of us who need customer service or tech support can readily attest.

After years of frustration, I find it only slightly easier to understand “Ron” or “Sandy” from Mumbai. (On the plus side, years of listening to South Asian English enabled me to make my educated guess for Dr. Phil’s producer.)

How much do they understand?

In #forensic linguistics, which deals with the interaction of language, crime, and the law, partial English ability is of significant legal consequence in exchanges between authorities and the non-native speakers being interviewed or interrogated.

Did they understand what the officer was saying? Did they even understand their Miranda rights? A linguistics expert is soetimes consulted and asked for an opinion based on the exhibited linguistic capability of the interviewee.

One of many explorations of this issue is “I’m Very Not About the Law Part”: Normative Speakers of English and the Miranda Warning, by Aneta Pavlensky (TESOL QUARTERLY, March 2008).

Natasha and the scammers

The paper has an abundance of speech data from Natasha, the author of the statement in the previous paragraph, taken from police interrogation. At no point do the officers make any effort to determine whether she actually understands the warning, despite “I’m very not about the law part.”

Natasha and the scammers produce some grammatical utterances (short and fragmentary) but an equal or greater number of “a-grammatical” utterances.

We could wring some meaning out of Natasha’s a-grammatical utterance (maybe it’s ‘I’m very uninformed about the legal aspects of my case’).  But native speakers don’t have to work this hard to interpret language from other native speakers. It’s a much more fluid and dynamic process, because most or all of the lexical and grammatical information is provided.

Judge or pay the price

The catfish lady ought not refuse to judge others by the way they speak, because that’s one of our primary clues about the stranger with whom we’re talking. Even listening to a regional or social dialect of English different from our own alerts us to differences between us and the speaker. To overlook major departures from English grammar is an invitation to further lies and delusion.

Addendum, 12/21: It’s getting worse.  According to a site that gathers data on this subject, continuing COVID isolation plus the upcoming Holiday season, a peak time for loneliness, will cost 100,000 Americans some $800 million — a 500% increase over 2018.