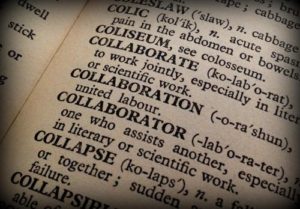 ﻿When does a lawyer need a linguist?

As Roger Shuy, one of the most pre-eminent forensic linguists, has observed, the interpretation and application of the law are overwhelmingly about language.  Thus, there are many situations in which the expertise of a linguist – someone trained in the precise description and analysis of language (but not necessarily a person who knows many languages) – can make substantial contributions to a case, providing evidence one way or the other or simply clarifying the linguistic principles, problems, and processes that the case involves.

Here are just a few of the legal specialties in which linguistic expertise can prove valuable to the attorney:

(1) Patent/copyright law. A linguist’s insight into semantics – specifically, the relationship between form and meaning (and especially the differences between denotative and connotative meaning) – can shed light on the question of whether or not a case can be made for copyright/trademark infringement.

The legal classification of trademarks as generic or descriptive involves just such an analysis of form and meaning; in some cases of alleged infringement, the linguist may be asked to provide an expert opinion as to the status of a word or expression in the language (if it can be established that the term is generic, a case can be made for its non-protectability as a trade/service mark).

In other cases, the linguist may be called upon to objectively evaluate the similarities between brand names and to opine whether the similarities are sufficient to cause consumer confusion, such that one mark could be mistaken for the other. The hypothesis can be tested and many have been,

(2) Intellectual property. Although elaborate computer software exists to ferret out plagiarism, the linguist’s trained eye can be very effective in assessing the likelihood that similarities – and/or the number of similarities — between two texts are (or are not) coincidental.

Some plagiarists, if they do not lift directly, may attempt to disguise their theft.  A linguist can determine whether and how a text has been tampered with in order to create the impression of originality.

Of course, the Internet and Web have exponentially complicated the issues surrounding suspected plagiarism, and questions of whether an idea and/or the expression of it may be “in the public domain” become quite complex.

(3) Malpractice. Here the forensic linguist has a role to play in cases involving incriminating documents and emails. It is often in the interest of one side or the other to prove that a specific individual did or did not write a particular work order, medical report, memo, or other document.

In malpractice cases, as in other legal specialties below, the linguist’s qualitative analysis can describe the similarities and differences between two texts and assess the significance of these features and their patterns of variation.

(4) Civil litigation. In cases that involve threats, forgeries, defamation, partnership disputes, breach of contract, and other communications between parties, the attorney often finds anonymous, disputed, or questioned documents. The linguist’s insight into linguistic features and their usage can implicate suspected authors – or perhaps rule them out.

(5) Probate. The linguist’s insight into semantics and language structure can help clarify the meaning (or, in some cases, confirm the ambiguity) of a will, testament, or other document involved in probate litigation.

(6) Criminal litigation. Once again, the linguist’s understanding of individual writing style comes into play when he/he is asked to comment on the authorship of threats, suicide notes, ransom notes, and other documents involved in criminal cases. The linguist can often spot signals that the speaker/writer uses English as a second language.  Inferences about age, education, and other characteristics are also possible.

Similarly, law enforcement authorities may draw upon the linguist’s knowledge of dialects and accents in order to gain information about the accuracy of a transcription; or the author of a particular document; or the speaker in a sample of recorded speech.

(7) Contracts. In disputes involving contracts and other written agreements, parties may disagree about the meaning of particular words, phrases, sentences, or paragraphs. The linguist can analyze the various possible interpretations and assess the plausibility of each.

(8) Employee/labor law. Attorneys may need a linguist to examine and offer an opinion on the authorship and meaning of documents and emails involved in contracts, employer policies, terminations, anonymous complaints and threats, and other documents generated by the contentious atmosphere in many workplaces.

I was once asked to give my opinion on the authorship of anonymous letters of complaint to a corporation’s Board of Directors. In one of the anonymous letters and in a sample from a suspect writer, I found the same feature – a feature which simply does not occur in American English. Unfortunately, such egregious clues are rare.

Though the term “forensic linguistics” covers a wide variety of disciplines, some involving computers, statistics, others concerned with courtroom and other legal discourse, the qualitative analysis which I practice, although perhaps not as well known as handwriting and document analysis in the popular imagination or within the legal community, has a long and honorable history.

…hundreds of studies – in the form of journal articles and books – have been done on style, stylistics, and questioned authorship. German studies of Old Testament authorship date back at least to the middle of the 19th century. In addition, evidence has been presented in multiple court cases, and numerous judicial opinions have been documented based on evidence of forensic stylistics.

These cases date as far back as the 1728 Trial of William Hales in England and the 1846 Pate v. People case in the US.

Why does stylistic analysis work? Because linguists have learned to examine and describe language at a level of exactitude unimaginable to the layperson – who is generally not even aware of his/her linguistic habits at all. Yet a single feature can distinguish one writer from another.  That’s why I never tell anyone what features I look for – unless it’s the attorney for whom I’m writing a report.﻿