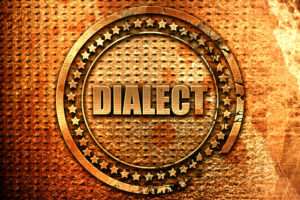 Dialects unite and divide us.

I just read an article on “who’s got the sexiest accent?’, and when I Googled the article, I discovered that “sexiest accent” generates over four million hits.

As Trump said about health care, who knew there were so many surveys?

The ones I skimmed through seemed mostly intended as tourism boosters, at least for the places with accents people like.

I didn’t see a survey conducted by any linguistics scholar I ever heard of. In the latest survey, from Big Seven Travel (Katey Psencik, The Columbus Dispatch), there are 50 accents — just like we have 50 states! Some of the accents are associated with cities, so presumably not every State was represented.

This isn’t about actual dialects, but rather the perception of them. Big difference. More on that below. It never occurred to Katy or the others to consult an actual scientist of language, a linguist, because that person would have said that “sexiest accent” surveys are to dialectology as astrology is to astronomy. They’re fun if not mistaken for fact. The reality is much more interesting.

There’s a wealth of information about American dialects, if Big Seven had bothered to look at it, and there aren’t fifty, only a dozen or so, depending on how you count them and how you define a “regional dialect.” A real survey of subjectivity would have played dialect samples to various people and measured the listeners’ reaction.

But the complexity and social variation of a regional dialect makes it devilishly difficult to define. As spoken by whom? With what distinctive features of vocabulary, grammar, and idiom? And how do these vary?

You could get a fairly accurate impression of a regional dialect by listening to the speech of long-time residents, especially if you kept careful track of social class and the variation of linguistic features. And indeed, when I lived in Chicago, I noted that the speech of Mayors Daley I and II sounded much more like that of a Chicago police officer than it did mine (description to come).

These features of pronunciation, grammar, vocabulary and even intonation characterize the regional dialect, and they diffuse throughout the social classes of a region among, varying differently among the wealthy and working class of a particular city or region — and everybody in between.

(I should note that not everybody in Boston speaks with a “Boston accent”; for the sake of simplicity, this discussion excludes recent immigrants and speakers of Black and Hispanic-accented English and other cultural and ethnic dialects, which have their own regional variations.

Dialect maps indicate that regional speech may be more uniform in the less-populated States of the Midwest and Rockies.

There are large areas in the West that are farther apart than Boston, New York City, Philadelphia, and Baltimore but with more uniformity (again excluding the groups mentioned above). That’s because generations of people have been living together in the cities longer. As long as they stay in the same place and don’t communicate much with other regions, as was the case throughout most of history, their speech will take its own path, changing within itself and moving away from the others.

Historical settlement patterns produce dialect differences. In the Midwest, Route 40 across Indiana and Ohio was once a boundary of sorts between North- and Southern-sounding speech. You could hear the difference between Northern and Southern Indiana.

Go back far enough, and you‘ll realize that before mass transportation and communication, this migration/language-contact process was how dialects divided into separate languages…and languages into language families.

We never dropped the r as they did in NYC and Boston. And there was a complex variation of a sounds, the vowel of “add” alternating with a sort of eh sound, so that “sad” does not rhyme with “glad.” There’s more. The local NFL team is the “Iggles.” We ate ”hoagies.”

Most of these I eliminated from my speech when I went on the college radio station. In an airport ticket line, I can tell if the next person is from Philly (which, according to the eminent linguist William Labov, natives pronounce “Fluffya”) if they say they are “gewing hewm.”

Is that enough to make my speech sexy? Philly made the top 10.

The most important thing we can take from the article and presumably four million others, is that we evaluate other people’s dialect on the basis of a few perceived phonetic and grammatical differences, according to how we see the person him/self or what we associate with his/her region or nationality. Or maybe both.

German was once regarded as “businesslike” and “angry” (because of all those “ch” sounds? — if so, Klingon sounds like a really angry German), French as “romantic” (because of nasal vowels, the zh sound, and other features?). So was Hawaiian (the natives were happy-go-lucky and lackadaisical, as was their language, which the missionaries reduced to seven sounds).

These attitudes are valuable linguistic data. They explain how different groups regard and treat each other. They reinforce political and class differences.

Try to observe yourself judging another person by their regional accent. Does it have to do with the way you regard that person or his/her whole region? I know plenty of Northerners who don’t care much for a Southern accent — the Confederacy and all that. But I know at least one person who dislikes British English, which is prestigious to most Americans. She says it makes the Brits sound effeminate.

And how about the people in the survey who consider Chicago English (whatever that is) sexy? Is it because of all the TV shows and movies that put the city in such a favorable light? Did Maine, remote as it is, make the list because it’s the locale for memorable movies based on Stephen King’s novels? How else would people hear Maine English?

In language, as in so much else, there’s no accounting for tastes.

Best riff on the subject

Final note: the best riff on this subject is Shaw’s Pygmalion, starring two linguists! One bets that if he can eliminate the subject’s Cockney accent (granted, a social as well as a regional dialect), replacing it with “Received Pronunciation,” she will be accepted in polite society. Progress is fitful, and she code-switches (at least once, in the movie My Fair Lady) by shouting, “Move yur bloomin’ arse!” at one of the race horses.

Does Shaw have a realistic point?

On the minus side, we are human beings, we associate our speech with who we are, and we might change dialects, but only for a good reason. Maybe it’s because we like a certain person or place.  That’s probably what’s happening in the “sexy dialect” surveys. Or we want to improve our social status in a different region. YouTube instruction on changing your dialect or adopting a new one is abundant.

On the other hand, consider Shaw’s thesis, musically expressed in “Why can’t the English (learn to speak)”? By that he means all the same, the way the ruling class spoke. On the plus side, to teach linguistic uniformity, to have us all speak like Wolf Blitzer or any of the rest of the practitioners of the relatively feature-less “broadcast English” would go a long way towards eliminating the divisiveness and prejudices in this country.

Predictions: all-pervasive electronic media will homogenize pronunciation, and pervasive immigration will affect local language patterns by introducing many varieties of foreign-accented English. Both factors will tend to obscure the “original” regional dialect. The map will get more complicated and require more colors.