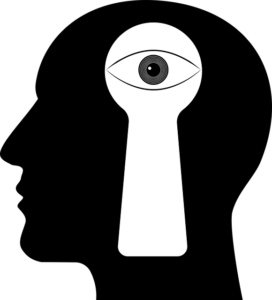 “There was truth and there was untruth, and if you clung to the truth even against the whole world, you were not mad.”

“Don’t you see that the whole aim of Newspeak is to narrow the range of thought? In the end we shall make thoughtcrime literally impossible, because there will be no words in which to express it.”

[In Orwell’s 1984] [t]o meet the ideological requirements of English Socialism in Oceania, the ruling English Socialist Party (Ingsoc) created Newspeak, a controlled language of simplified grammar and restricted vocabulary designed to limit the individual’s ability to think and articulate “subversive” concepts such as personal identity, … {Wikipedia)

WAR IS PEACE
FREEDOM IS SLAVERY
IGNORANCE IS STRENGTH.

Back in my speechwriting days, I gave an interview to a professional speechwriting publication.   It had nothing to do with the company, but with the profession.  The question was: does anything you write speeches about give you ethical problems?

My answer was: generally, no.  It was a consumer-products company, with none of the shenanigans of the banking or finance industries.

But there was one exception: diversity.  As policy, it was based on flawed premises – that proportional representation of particular grievance groups must be achieved (a) for reasons of compensation for the past sins of others and (b) because of the bogus doctrine of “essentialism” – that everybody contributes according to their innate essence, i.e.,  their ethnic or gender background, and so the organization is stronger.

Companies waste huge amounts of time and resources in recruiting, mentoring, and record-keeping.  But there is no evidence that diverse organizations perform better.  It’s 100% PR and politics.

I didn’t say any of that in the interview.  I did say that diversity would occur on its own as a result of demographic trends and besides, there wasn’t much point in looking different if we all think alike.

And boy, did the feces hit the fan.  I was pointedly informed by my boss that I had violated the no-talking-to-the-press-without-consulting-PR policy.  But I was in PR and had spoken to this publication before (again, nothing about the company), so I didn’t think I was doing anything wrong.

Ah, but my real sin was not in talking to an outside interviewer but, in doing so, to question diversity.  I got a stern phone call from the CEO herself: diversity is company policy.

After that, I wrote an occasional executive speech about the company’s diversity efforts.  But I kept my ethical boundaries intact by only reporting facts, never justifying diversity.  And nobody noticed!

This was in the 90s.  Since then, the diversity industry has grown even more bloated and arrogant.  It’s big business. Companies now spend $8 billion a year on diversity training alone – money that could be spent on product innovation, customer service (those robot phone-trees are hellish), and — gasp! — raising employees’ salaries.

Begin with the premise that we will NEVER be diverse enough,. We can never let up on our recruiting, mentoring, quota-counting, and indoctrinating.

Especially indoctrinating.   Diversity awareness training was obnoxious when I underwent it, questioning the insipid instructor at every turn.  Now you’re taught what to say and not say. It’s nothing short of communist-style brainwashing.

The brilliance of George Orwell’s insights into the political uses of language has not diminished.  He understood that if you control speech, you control both thought and action.  If he were alive today, Orwell would be impressed – and not in a good way – by the dark accuracy of his view of political language.

The language of political correctness is a perfect execution of contemporary Newspeak.  There are many things you can and cannot say. Campus speech codes and micro-aggressions.  Perceived offense is everywhere.

College students with too much free time concoct alternate sets of pronouns to correspond to their exquisitely-differentiated gender differences.

Name calling is rife, from childish sobriquets like “sleepy” or “crooked” to all-encompassing, all-purpose inflammatory labels like “racist” (now defined as ‘any objection/objector to any of the liberal/left’s ideas, goals, or tactics’).

Slogans go unquestioned.  “Our diversity is our strength.”  No, it’s not.   Many mostly-homogeneous societies – Scandinavia, Japan, South Korea – are quite successful.  Everybody looks alike and speaks the same language.  You could argue that they trust each other more, that diversity breeds mistrust.

And more.  Orwell couldn’t have foreseen the Internet, which would completely unhinge language from reality, destroy the notion of consensual truth, and allow conspiracies to sprout like dandelions.  Orwell would have been awed by the Internet’s power to disseminate disinformation, misinformation, and – my favorite – alternate facts.

Finally we arrive at what I call “Orwellian rock bottom”: the bald statement of the equivalence of opposites.

How can freedom be slavery?  Well, if you’re free to and think and say what you like, there’s too much choice; there’ll be too much “diversity,” as it were.  No, slavery is freedom – from having to decide what to think and say…letting Big Brother do it for you.

Diversity to the nth degree!  Of all the massive agglomeration of communications talent in this great land, there wasn’t one male – even a gay one! – qualified enough to join these all-stars?

We all know the truth, and we see it in language change.

Since “diversity” means, in practice, ‘anyone but a European-descended, heterosexual male,’ diverse becomes an adjective (technically, a “back-formation”), shorthand for “anyone but a European-descended, heterosexual male,” as in “a diverse person,” instead of the longer previous phrase.   In traditional usage, of course diverse refers to a group of variegated units, e.g., a diverse collection of flowers.

This change has been noticed, e.g., in an excellent Atlantic article by Spencer Kronhaber.

Objections duly noted.  But once a useful term appears, it’s really hard to get rid of it.

When will we be “diverse” enough?

After a whole generation of diversity efforts, are we ever going to be “diverse” enough?

Here, be diverse means ‘achieve ever-increasing representation by grievance groups’; it doesn’t have the traditional meaning of diverse, i.e., in this context, ‘hiring people from every ethnicity.’

We will never be “diverse” enough, if the first meaning is what’s intended, as it clearly is,  The diversity business model is robust, as is evident from the perfect performance of Biden in choosing his communications team.   No one that I know of has dared to question this obvious excess of preference.

Apparently everybody does believe that UNIFORMITY = DIVERSITY.   Or is too frightened to say otherwise.

Again I ask: Where are the high-profile linguists like John McWhorter, Stephen Pinker, and the Great One Himself, Noam Chomsky?  Why aren’t they speaking out against these language abuses that are tearing our society apart?  My usual answer: too comfortably tenured in the very institutions that propagate this garbage.