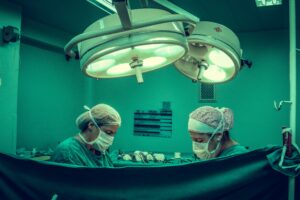 “Titles are but nicknames, and every nickname is a title.”

I admit, they had me.   I really thought that Jill Biden was an MD.  It’s not implausible that such a high-level official as the VP would have a high-achieving wife.  But then the truth came out, and I realized I’d fallen for “doctor-flaunting.”

There are implicit and subtle sociolinguistic principles that govern the public use of doctor (this list excludes all the countless hucksters and quacks who have bestowed the spurious title “doctor” on themselves):

Principles of “doctor” use

(1) Medical doctors are always called “doctor” – and expect to be.  This goes for MD’s and DO’s.  Also those non-MD’s who perform medical interventions — dentists, oral surgeons, podiatrists, and the like.

(2) Other quasi-medical professions “doctor” themselves, whether there is a degree or not – optometrists. psychologists, chiropractors, naturopaths, and practitioners of homeopathy, Ayurveda, acupuncture, and other healing practices of dubious or zero medical validity.

(3) In academia, there’s a hierarchy of doctors.  A doctorate in education is looked down on.  I can see why: there are genuine doubts about what’s taught and/or the person didn’t have to do any rigorous, original scholarly work (perhaps just compile a bibliography; Jill did more than that).

Other doctorates are much more difficult to earn.  To me, the PhD is just as hard as an MD – harder, even, because you have to do so much of it on your own.

This is a gray area with respect to being called a doctor. The criticism of Jill is not misogynistic.  I think a PhD of either gender who insists on being called “doctor” in public is guilty of doctor-flaunting.  But in a professional context – i.e., all my legal work – the PhD means something, and attorneys use it when referring to or addressing me.

So the doctor-flaunting future First Lady turns out to be just as fake as her husband.  Of course, there will be the occasional exception, e.g., when the title is part of the brand, as with Dr. Phil.  But I’ve seen Dr. Phil handle difficult subjects with aplomb, year after year, in front of 100 million people…and, Dr. Jill, you are no Dr. Phil.