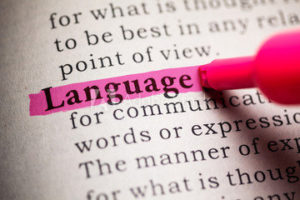 A language is a vast, amorphous consensus among its users as to how words are equivalent to each other and associated with our subjective and objective worlds.

When I use a word,’ Humpty Dumpty said in rather a scornful tone, ‘it means just what I choose it to mean — neither more nor less.’

’The question is,’ said Alice, ‘whether you can make words mean so many different things.’

’The question is,’ said Humpty Dumpty, ‘which is to be master — that’s all.”

― Lewis Carroll, Through the Looking Glass

There is nothing “mere” about semantics!

Whenever a politician says “it’s all just semantics” or talks about “playing semantic games” or something like that, we need to boot up our BS detectors and hold on to our wallets. That’s because reducing an issue to “mere semantics” trivializes the debate over labels, as if it doesn’t matter what we call things or how we classify them, whereas it matters a great deal.

Those condescending references to “just semantics” immediately lay the groundwork for legitimizing a new meaning. That’s the language trick that goes right past you: “meaning is arbitrary, and I’m telling you what the word now means.” It’s in the liberal left’s linguistic playbook. That’s what they’re doing with infrastructure.

To unpack (a new journalistic buzzword) this linguistic sleight-of-hand, we start with some general comments on meaning.

To fully explain what a word or phrase “means” is a vast undertaking. Roughly, and for our purposes, it’s the totality of what speakers and writers agree that it means.

A dictionary is an attempt to capture this broad consensus at a moment in time by listing all the words (again, the definition of a “word” is complex, but we’ll skip it for simplicity) and their equivalencies.

New meanings are constantly emerging, typically from prestigious individuals or social groups, from in-group slang, and from the jargon of the business/managerial/technical class. A new meaning catches on and stays around for various reasons, notably appropriateness, usefulness, and association with a group or individual.

…when a new meaning will really stick. Consider drink the Kool-Aid, which arose in response to a specific circumstance. If I were a Kool-Aid marketer, I wouldn’t be happy that my brand had acquired a new and ghastly metaphorical meaning.

But when politicians ascribe new meaning to words, their actions are intentional and their intent is political.

A dictionary’s equivalencies (“this word” = “these words”) try to capture the various senses of the item and the breadth of its meanings – concrete, abstract, metaphorical, slang, pejorative, denotative/connotative, etc.

Exactly how words relate to each other and to subjective and objective reality is eloquently explained in S.I. Hayakawa’s Language in Thought and Action, a book which everyone should have read by the 6th grade. People wouldn’t be so easily manipulated by politicians.

But they are. Democrats re-define infrastructure to include everything they want to fund, which is almost everything.

To Kirsten Gillibrand, daycare is infrastructure. Babies, by this logic, are the infrastructure of tomorrow’s adults, so why not give massive subsidies to baby-food companies?

Not in the dictionary

NOTE: No dictionary reports this as an established meaning of infrastructure, e.g., there’s no definition that reads ‘anything and everything that might be done better and will be done better through government spending.’ No, the liberals just made that one up.

And Americans do their part by docilely accepting the stretched meaning: “Oh, gee, I didn’t know ‘infrastructure’ meant all those other things.” Well, it doesn’t.

Today, politics is disrupting language to a disturbing degree. Mores are being dictated on the spot.

Not long ago a woke-infested brain belonging to a Congresswoman from Hawaii scolded Amy Coney Barrett, who, during her confirmation hearing, had used the phrase “sexual preference” – when, didn’t you know, you ignorant, privileged white person, that sexual identity is innate?

Well, OK, Congresswoman Hirono, where is the scientific, the neurological, the anatomical, the physical evidence for this statement? Or is it simply the politically correct thing to say?

Again: arbitrary re-definition for political gain is a basic and blatant liberal language crime, and liberals should be called out on it.

Why is no high-profile linguist going on cable news to expose the left’s language crimes and attempts at language control? My usual answer: too comfortably tenured at the very institutions that propagate this garbage.