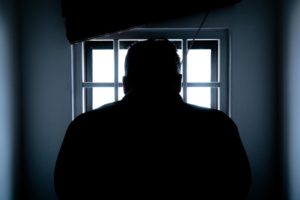 Deprogramming is a brutal concept. For one side in American politics to urge it on the other is deplorable. An alternative is compromise on the part of both sides, so that Americans learn to live with each other.

Convictions are more dangerous enemies of truth than lies.

We are so constituted that we believe the most incredible things; and once they are engraved upon the memory, woe to him who would endeavor to erase them.

To believe with certainty we must begin with doubting.

— Stanislaus I of Poland

Deprogramming Trump supporters. To hear this even once is unsettling. To hear it from multiple talking heads is evidence of widespread advocacy of criminal and dehumanizing behavior.  This is still, as a long-ago politician said, a free country.

But no.  The use of “deprogram” says that certain others, millions of them in fact, clinging to their Bibles and guns (Obama’s most memorable phrase, despite all the eloquent blathering he did), are not entitled to their views.  This from people who claim the right to be a dozen or more different genders, each with the correct pronouns.  No, they have been programmed.  They must be “de-programmed.”

Do they have sole claim to truth — or are they too in need of deprogramming?  They too have a narrative, to which they “cling.”

This is ugly in the extreme.

In what civilized country does one faction call for the re-education of the other?

This suggestion is ugly in the extreme. As is deprogramming itself.  As is brainwashing.  Both involve ongoing stress, sleep deprivation, and repetition.  Eventually one gives up and repeats what his/her captors want, just to stop the mental torture.  Or maybe it takes a softer form, like diversity awareness training, where you go along to get along.

Is that what liberals want for Trump supporters?  For their fellow Americans to be treated like enemies until they think and speak correctly?

True deprogramming comes from within…

…as the individual seeks what’s real, the way so many of us detached from, say, our parents’ religion.    We weren’t deprogrammed – but the change was real and lasting.

Let’s not say Trump supporters were “brainwashed,” because no coercion was involved.  They were convinced – about reality itself.

Now the task is to UN-convince them, just as — this is a two-way street — it is the conservatives’ task to educate liberals in America’s strengths and accomplishments, while recognizing the crimes that were part of the nation’s past (context, please: the civilized world was just abandoning slavery and extermination of the natives).

Each of the two sides must get over what is now a very high cognitive hurdle:

The left must appreciate America’s freedoms and abandon racial/ethnic preferences and identity politics (a perpetual source of friction; after forty years, do we still need it?).  It must understand that not all whites are privileged and that whites also suffer, in large numbers.

We just marked Dr. Martin Luther King’s birthday.  I believe Dr. King, if he saw what his fight for equality has produced, would shed a tear, like the Native American in the ad who sees how his beautiful land has been defiled (I’m told the guy is actually Italian).  Today, the content of your character counts for nothing compared to your skin color — and, for that matter, your (perceived/announced) gender.

The right must accept the white-oppression narrative, insofar as it applies (and if the left will allow that today’s whites are not guilty by association).

If it seems that the left has more to acknowledge, it’s because their doctrine has so many parts, all intrusive, oppressive, and divisive.

Right now, we are, as my wife would say, “stuck in stupid.”  Both sides are mired in zero-sum thinking. If I’m right, you must be wrong.

There’s an enormous amount of communicating and educating to be done, beginning with the public statements of high-profile academic linguists, whom I have called out over and over: get on TV and call a halt to the language abuses that are tearing us apart.

Even as I write, children are being indoctrinated.  If anything, liberals are guilty of more language abuses than conservatives; they have embarked on an ambitious program of thought and behavior control through language  control.  Again I ask: who’s doing the programming — and who really needs deprogramming?

Hello?? Pinker?  McWhorter? CHOMSKY?  Their silence is deafening but understandable: They are comfortably tenured in the very institutions that promote this divisive BS and poor thinking.

The above process, where each side admits the partial truth of the other’s view and narrative, is a key first step in a process called ”compromise”: reducing hostility by appreciating the other’s point of view.  It is infinitely preferable to “de-programming.”

Shame on the stupid people who advocate this.