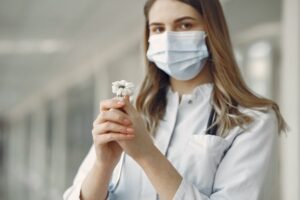 Something to hope for in the coming year. — an end to the pandemic

“He that lives upon hope will die fasting”

“The reason of idleness and crime is the deferring of our hopes.”

“There is nothing so well known as that we should not expect something for nothing – but we do and call it Hope.”

This is a season of hope, we are told, at least by Christians, because of the birth of a child.  I don’t see the connection.  But it doesn’t matter, because hope is a word with such positive connotations that merely uttering it flatters the speaker and soothes the audience.

Obama ran on “hope.”  Clergypeople love to talk about hope.  Practically everybody does.  The title of the Israeli national anthem translates as ‘hope.’

It is a good thing to hope.

But feelings alone can’t make anything happen.  Why do people respond so positively to the mere utterance of vague hope?  Maybe because it implies ‘things will be better,’ and who doesn’t want to believe that?

But politicians and clergy must do more.  Uttering vague hope may provide an endorphin surge, but it’s dishonest.  If we close our eyes, clench our fists, and hope as hard as we can…no guarantees.  The hoped-for result may not happen. It’s magical thinking to believe otherwise.

The first step away from vagueness is to supply a subordinate clause with the desired outcome, as we so frequently do in conversation — I hope you know what you’re doing, We hope you have a merry Christmas.

Anybody who really wants to sell us hope will also supply a prefatory causative condition, a reason for hope: “BECAUSE OF x, we hope that y.”

General lesson: beware of anybody who sells you vague hope. They think they’re doing a positive thing, but feelings alone don’t create change.  You have to deliver on at least the back half of the predication.  Hope for what?

If it turns out that the second part is not forthcoming, then we have false hope.  In Rolling Stone Tessa Stuart writes that Trump’s increase of the COVID relief payouts amounts to “a giant, gift-wrapped box of false hope.”

Here’s hoping for a happy and healthy 2021 for all (this represents another dimension of hope,  “sentimental hope,” something that feels good to long for but probably won’t happen).